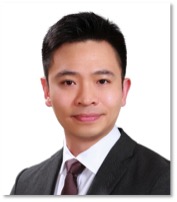 Join us Friday, March 29, from 2-3pm at the Stimson Center, for a presentation (in Chinese) from Su Chih-Hsuan (蘇志軒), a specialist from Taiwan’s Ministry of National Defense and visiting fellow at CSIS, on the Taiwan Relations Act and the future of U.S.-Taiwan relations.

40 years ago, in reaction to Jimmy Carter’s announcement of formal diplomatic relations with the People’s Republic of China, the U.S. Congress delivered the Taiwan Relations Act (TRA) to the president. Signed in April 1979, the act continues to form the basis for U.S. relations with Taiwan, tying U.S. national security to peace in the Taiwan Strait. It also established a U.S. presence in Taiwan, via the American Institute in Taiwan. Not a formal security treaty, the TRA is more of a political and security commitment. It has served to both stabilize and complicate U.S. relations with Taiwan and the People’s Republic of China. With the Trump administration in the middle of a strained relationship with the PRC and having a number of strong supporters of Taiwan, it is critical that observers of cross-straits relations and Indo-Pacific security have a solid understanding of the TRA and its implications for the future of U.S-Taiwan relations.

Mr. Chih-Hsuan Su is currently a visiting fellow at the Center for Strategic and International Studies from the Ministry National Defense of Taiwan. He is focusing on defense and security issues in Asia and the cross-strait relationship at CSIS. His last assignment was cooperating with the American Institute in Taiwan (AIT) on the the development of a bilateral military exchange program and Foreigner Military Sales (FMS). Throughout his sixteen-year military career, Su has served in various assignments including joint operation instructor at the National Defense University in Taiwan, battalion commander, and planning and manning officer. He holds an M.A. from Webster University in Security Management, a B.A. from Taiwan Military Academy and a graduate of the U.S. Army Command and General Staff College. He also attended the International Master’s Program in Asia-Pacific Studies (IMAS) at the National Chengchi University.

Tickets are not available as this event has passed.