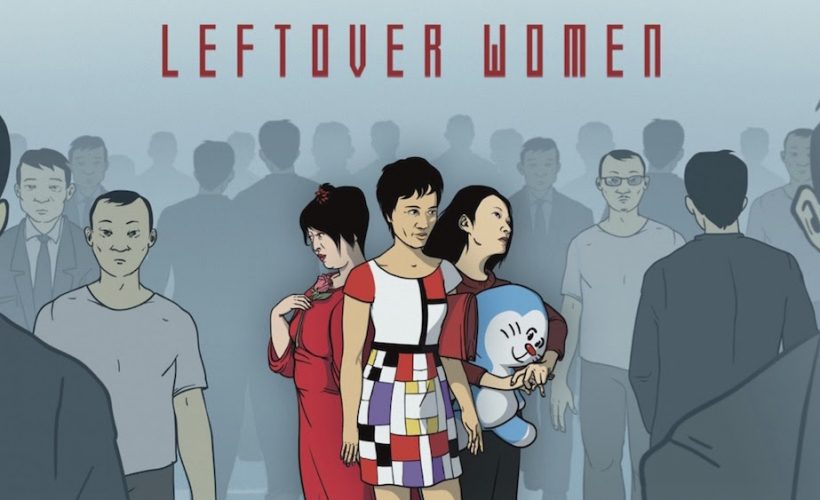 Leftover Women follows three successful Chinese women — Qiu Hua Mei, a 34-year-old lawyer; Xu Min, 28, who works in public radio; and Gai Qi, 36, an assistant college professor in Beijing — who, despite thriving careers, are still labeled “leftover women,” or sheng nu, a derogatory term used in China to describe educated, professional women in their mid-20s and ’30s who are not married.

With 30 million more men than women in China, a severe demographic imbalance resulting from the One-Child Policy, social stability is under threat. As single women search for “Mr. Right,” they struggle to stay true to their personal and professional ambitions, while dealing with pressure from their families, friends, and a government that launched a state-sponsored campaign to stigmatize unwed women. Though methods may differ, societal pressure for women to marry exists in every culture. From awkward singles mixers to marriage markets for parents, as well as dealing with differing views of marriage and relationships within families and from potential partners, the struggle for these women to find true love and true happiness seems more elusive than ever.

Hilla Medalia is a Peabody Award-winning filmmaker and producer who has also received three Emmy® nominations. Her projects have garnered critical acclaim and screened internationally in theaters and on television including HBO, MTV, BBC and ARTE. Her range of titles include To Die in Jerusalem (2007; HBO), After the Storm (2009; MTV), Numbered (2012; ARTE), Dancing in Jaffa (2013; Tribeca, IFC Sundance selects), Web Junkie (2014; Sundance Film Festival, POV, BBC), The Go-Go Boys (2014; Cannes Film Festival), Censored Voices (2015; Sundance Film Festival and Berlinale), Muhi – Generally Temporary (2017; San Francisco FIlm Festival, Hot Docs), and The Oslo Diaries (2018; Sundance, HBO). Hilla is a board member of The Israeli Director’s Guild and a member of the American Academy of Motion Picture Arts and Science. Hilla holds an M.A. from Southern Illinois University.