After the Homework Stops: Retaining Mandarin Proficiency Throughout Your Career — Robert Daly 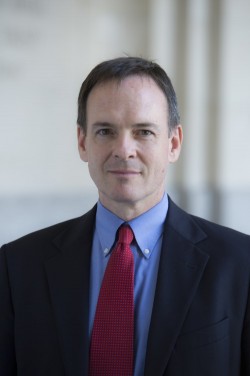 Join us on April 18 at 5:30pm at the Center for Strategic and International Studies (room 115) for the ultimate lecture on maintaining your Chinese language skills. Robert Daly, director of the Wilson Center’s Kissinger Institute on China and the United States and AMS board member, will share the tips, tricks, and habits he has built up over a career of professional engagement in Chinese. The focus of the lecture is on how to build Mandarin fluency after formal studies have finished, how to incorporate it into professional practice, and how to continue to not only maintain it, but actually improve. Robert has dedicated a large portion of his life to studying Chinese and has wrestled, as many of us have (and continue to do!), with the difficulties of maintaining language skills while working full-time, often outside of China. We held this same event a couple years ago — trust us, it is one not to miss.

About Robert Daly
Robert Daly was named as the second director of the Kissinger Institute on China and the United States at the Woodrow Wilson Center in August, 2013.  He came to the Wilson Center from the Maryland China Initiative at the University of Maryland.  Prior to that, he was American Director of the Johns Hopkins University-Nanjing University Center for Chinese and American Studies in Nanjing.  Robert Daly began work in U.S.-China relations as a diplomat, serving as Cultural Exchanges Officer at the U.S. Embassy in Beijing in the late 80s and early 90s.  After leaving the Foreign Service, he taught Chinese at Cornell University, worked on television (北京人在纽约) and theater projects in China as a host, actor, and writer, and helped produce Chinese-language versions of Sesame Street and other Children’s Television Workshop programs.  During the same period, he directed the Syracuse University China Seminar and served as a commentator on Chinese affairs for CNN, the Voice of America, and Chinese television and radio stations.  From 2000 to 2001 he was American Director of the U.S.-China Housing Initiative at the Department of Housing and Urban Development.  Mr. Daly has testified before Congress on U.S.-China relations and has lectured at scores of Chinese and American institutions, including the Smithsonian Institution, the East-West Center, the Asia Society, and the National Committee on U.S.-China Relations.  He has lived in China for 11 years and has interpreted for Chinese leaders, including Jiang Zemin and Li Yuanchao, and American leaders, including Jimmy Carter and Henry Kissinger.